DO NOT COPY & PASTE CONTENT IN HERE!!! Copied text will NOT display properly

The Regina Lawn Bowling Club’s long history begins in 1912, when land near the Gun Club was donated by the Provincial Government to build Regina’s first lawn bowling green.  This land is now occupied by the Provincial Health Building.   In 1922, when the land was reclaimed for development, the City of Regina donated some land and the club moved to a location near the General Hospital.  In August of 1930, when construction on a new building began behind the General Hospital, the Regina Lawn Bowling Club was once again without a home. For this reason, the 1930 provincial tournament was held in Saskatoon instead of Regina, and the club prepared from a space in Confederation Park at the Exhibition Grounds, made available for a nightly fee.
​
Four men’s rinks and two ladies’ rinks were sent to Saskatoon for the 1930 tournament, which began on Labour Day, on a special chartered coach on the Canadian National Railway. On October 9, the club held their annual windup banquet at the Champlain Hotel and, for the first time, the club’s ladies were present. They were congratulated on their achievement at the provincial tournament, having won three first place and one second place spots. Some of the prizes won by the club included silver plate, silver cigarette cases, cuff links and Wahl pencils. Following the banquet, the 85 attendees proceeded to the Metropolitan Theatre for an exclusive show.

The club remained at the Exhibition Grounds until 1932 when the City of Regina allocated land at the present day location now known as Leslie Park.   The members built the “West Green” and a clubhouse.   Mayor James McAra officially opened the new green, located at the present-day Victoria Avenue location, for the Victoria Day Games that year. Membership was 54 men and 20 ladies.  The following Labour Day, the provincial tournament was back in Regina and was opened by, once again, Mayor James McAra at the club’s new location. 125 bowlers from Regina and Saskatoon played until midnight the first night, and the three-day tournament was heralded as “one of the most successful in history, the weather being ideal throughout and the new home of the Regina bowlers aiding to the enjoyment of the visitors.”

In 1935, The Victoria Ladies Lawn Bowling club was formed.  In 1936, a second ladies club (Caledonian) with 10 members was formed at the Leslie Park facility.  Two small clubhouses were built around this time.  Both were finished and financed by the ladies club members.

In 1936, the “West Green” was improved and the “East Green” was added to accommodate increased membership which was now 72 men and 38 ladies. This year lighting was also installed.

With the world at war and most Regina residents’ minds otherwise occupied, the onset of World War II meant an interruption in the club’s activities. However, despite larger events such as the provincial tournament being cancelled in some years, smaller events and local tournaments were organized at the club’s greens.  In 1947 membership had decreased considerably and the “East Green” was allowed to go to weeds.  At this critical time in its history, the Regina LBC might have folded but for the tireless effort of its greens keeper, Val McMillan.  Aside from the time he spent as a full time postman, the rest of his working hours were spent at his beloved bowling green.

In 1964 after many years of operating the separate clubs, the two ladies clubs amalgamated with the men’s club operating as the Regina Lawn Bowling Club.

The sixties saw increased support from the City, especially its mayor, Henry Baker.  A new club house was officially opened on May 23, 1970 and the new “East Green” was reseeded.  Membership increased by 50% to almost 100.

At the 1972 Annual National Championships hosted by the Montreal Club in Lachine, Quebec, women bowlers, for the first time, competed alongside the men.  The Regina LBC, who had bid the previous year to host the 1973 Championships, was told their bid was successful. That news alerted the Club to its need for a third green.  The new green was built to the north of the “West Green”.  Membership was now well over 100.   A new constitution was also drawn up in 1972.

The club hosted the National Championships in 1973.  This was first time in 19 years of competition that Saskatchewan hosted the games.

In 1974, 25 touring bowlers from Australia visited the Regina LBC on July 7 and an additional 29 arrived on July 14.

In 1979, the club had discussions on a facility for indoor bowling.  The club also approached the City to build a fourth green to help support the Regina Lawn Bowling Club’s bid to host a major event in 1981.  Although Canada was successful in its bid to host the 4th Women’s Bowls (16 countries), the Regina LBC lost out to the Willowdale Club of East York, Ontario as the tournament venue.  However, the club did succeed in getting a fourth green, which was built on the north side of the “East Green”.  Only a few years later, with the construction of Saskatchewan Drive, this newest green was leveled and the third green was reduced to a practice green.  In compensation, the City built two new sand-based greens to the west side of the clubhouse.  The original “West Green” was now no longer west, but actually one of the two east greens.  To avoid confusion, club member Fred Johnson built four large signs designating the club’s four greens, from west to east, as A, B, C and D greens.

The Regina LBC hosted the Canadian Championships for a second time in 1980.

In 1982, the Regina LBC celebrates its 70th anniversary and makes an addition to the west side of the clubhouse. The two new sand based greens were opened.

34 bowlers from Northern Ireland visited the Regina LBC in August of 1985. 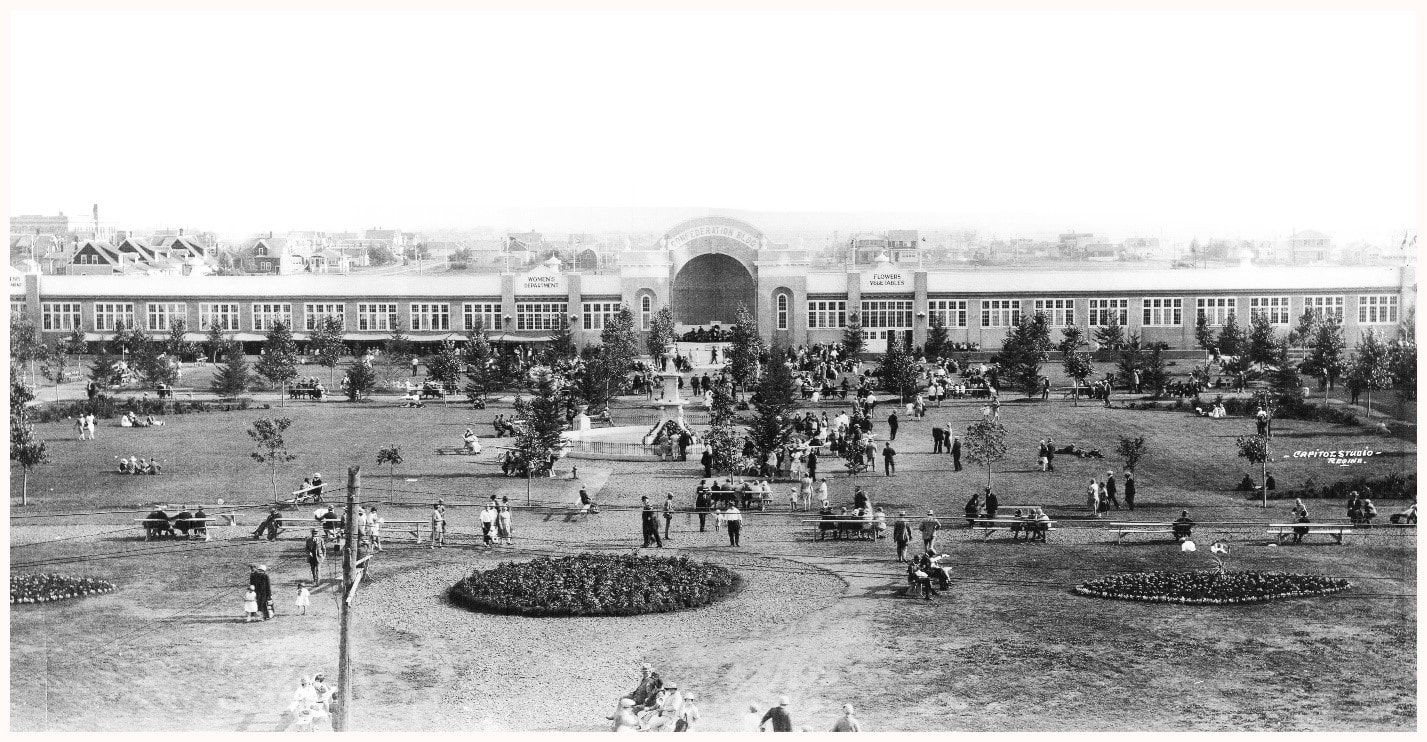